Chess empowers children. Most children live in a world where they have very little control over what happens to them and those around them. They are not in charge.From the time that they awaken in the morning until the time that their eyes close at night, adults are telling them what to do, other children are pushing them around. Chess Empowers Children!!

In graduate school I devoured a book by Johann Huzinga, a Czech sociologist, entitled Homo Ludens (Man, the Player).The theme of the monograph is that human beings empower themselves by playing. One of the main ways that children learn to become adults is by playing, particularly board games. Chess, in my view, may be the greatest of board games.

By learning to play chess your children are empowering themselves in a way nothing else can, including school. They learn how to think in disciplined, creative ways. Thinking always wins over physical force. Who makes more money, the player or the owner? Chess teaches children to play games. Games are the controlling metaphor of our society. Everything we do is framed as a game. Our heroes are game players.

Jane McGonigal, a brilliant PhD, wrote a book called Reality is Broken, in which she elaborates on the power of games to make us better. McGonigal defines games as having four basic elements: 1. A goal 2.Rules 3. Feedback 4.voluntary. I would like to add a fifth, at least for chess. Games are social. Children will make friends playing chess.

We teach all of those elements at the US Chess Center in ways that no other chess programs do, The most important skill that we impart to young humans is abstract thinking and problem solving,with that comes confidence. You win the game by producing problems your opponent cannot solve (checkmate) and solving the problems that your opponent presents to you. Chess is hard!!! The rules are complex. Feedback is instant and clear. The game demands the combination of ideas and melding of goals to win. In a saturday chess tournament a child might create and solve 200 problems of a very abstract nature. How many problems do you solve every day?

On the chess board children learn to be in charge. They learn that there is no one to blame for what happens on the board other than themselves. Excuses have no place on the chess board. Chess is truth! We teach that to your children!

The traits that you acquire playing chess will help in school if school interests you. Thinking is the greatest trait that a human being can display. Chess is also very inexpensive. You can get a quality set for less than $10 dollars and the library is full of books. Do not overlook our classes.

Sit down and watch “Searching for Bobby Fischer” and “Brooklyn Castles” with your children. I would also try “Life of a King”.

I started to play chess over 60 years ago. I will continue to play as long as I can set up the pieces. I am not a super player for sure, but I can play a solid game. Chess has made a significant difference in my life. I am a better teacher because I play chess.

I started to play when I was about 8 years old. The older kids on my block taught me how to play so that they had someone to beat. They defeated me for quite awhile but I got better each time I played a game. I still remember like it was yesterday, the first time I won a game. I ran off Hankey Pauley’s front porch all the way down the street shouting and yelling to tell my mother!! I was so happy!

It made me want to read books about chess. There were a few books in the local library and all the kids on the street fought over them. We all got chess sets to play with, most of them cheap plastic design with hollow pieces and masonite boards. I filled my pieces with plaster of paris so that they were heavy enough to stay on the boards outside in the wind. I used to read Treasury of Chess Lore under the covers with a flashlight after lights out.

Next my friends and I wanted to learn more so we all signed up at the Buffalo Museum of Science for chess lessons. We all gathered together every saturday morning at the bus stop and rode the city bus across the city to the museum. In the winter we brought our snow saucers with us and rode them down the large hill that was being built for the new City Expressway. It was wonderful. Everything was about chess and no one was telling us what to do. We learned to take care of ourselves.

I will always remember my chess teacher from the Museum. He only had three fingers on his move hand (no thumb or pinkie) and used to throw the pieces it seemed across the board but they all landed where they were supposed to be. We played every Friday night at each other’s houses and every Saturday Morning at the museum. We took turns.

After the museum we all wanted to go to the Queen City Chess Club in downtown Buffalo. I didn’t go. My parents didn’t want me to go down there on Friday night so they offered me a new catcher’s glove in lieu of the dues to the club. Baseball was my other love (girls were coming) and I sort of deserted chess for it. I ignored chess for a few years but I never forgot it.

I rediscovered chess in high school and made the school team in senior year. I watched Johnny Bench play his first game in Buffalo and knew I was never going to be a major leaguer. I joined the USCF at 19 and finally became a member of the Queen City Chess Club. I still watch baseball but I play chess!

I love writing and I have been interviewing local writers and I thought I would post one of the shows here on Paddy-Wop.
Posted by MrC at 2:25 PM No comments:

As the school year gets ready to start the annual battle over digital devices and messages is about to start. I love the blog Dangerously Irrelevant, and found a great post on this very subject. I recommend that you read this post.
Posted by MrC at 8:41 PM No comments:

Focus on Learning not Teaching!!!

To put it simply, innovation in schools today is far too focused on improving teaching, not amplifying learning. -Will Richardson


Will Richardson has come over to the side of students and written a great piece that teachers like me were calling for years ago and as a result were driven out of schools. These ideas are the new mantra and being put forth as new ideas. I am happy that we are finally realizing that the internet has truly made education self education. Read Richardson's article and jump on the bandwagon if you are not already there!

We don’t let students pursue the questions most in their minds. More often than not, the sole audience for the work students do is the teacher, and it serves no real world, authentic purpose. Our kids’ passions and interests are ignored in favor of compliance to the curriculum.-Will Richardson

Bernie on Education
Posted by MrC at 7:51 AM No comments:

Older Posts Home
Subscribe to: Posts (Atom)
"Thank you, Norm. Keep up your good work. The fight to overcome reactionary-ism is a long, slow and frustrating road. Thank God we have men such as yourself, who are willing to regularly be on the front line, advancing the cause when opportunity present itself, and never giving up." 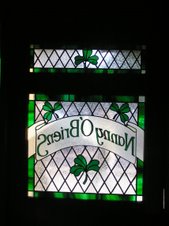